The Valleys and Peaks of Direct Sales and Direct Marketing 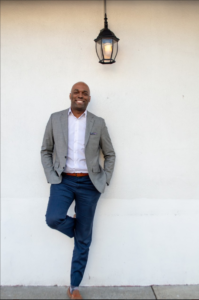 My love for business comes from my experience in face to face marketing and direct sales…period. I’ve never seen an industry more “fair” with promoting those who deserve it. Also, giving recognition when deserved. On the opposite side of the spectrum, what kills the industry is lack of transparency and REAL coaching. Not cookie cutter responses but REAL coaching specific to the realities of growth.
I got into the marketing and sales industry later than most. I was 26 years old when I started. While most start around 21 years old. However, I think that gave me a leg up because I was more self-accountable while others were blaming the world for their lack of success. I quickly got promoted through nothing but sweat equity. I successfully ran a residential sales campaign for a Fortune 50, television and internet company for three years in the Philadelphia market. However, prior to that, I had several brand ambassador teams operating in the deregulated energy space. 20 plus agents. I’ve been there and done that. LOVED IT!! I loved it because of what it brought out of people…ambition and determination.
Although I was succeeding in business my peers that had went on to run their own direct marketing businesses had failed. When I asked why they failed I was always told they lacked work ethic or they committed fraud. Now, I came up through the ranks with these people. There were never issues of laziness or fraud before. To the contrary, their characters were impeccable! Now, all of a sudden when they are in complete control of their own destiny they decided to pick up these terrible habits? Hmmm. No one ever said “we made a mistake with placing them in that market” or “I didn’t coach them as well as I could’ve”. None of these people that I thought were “leaders” in the industry EVER took fault. Isn’t that the definition of lack of leadership? Isn’t leadership accepting the successes and failures of your people, taking it on the chin, but still pressing forward? Instead, if you asked questions or went against the grain you were shunned or “blacklisted”. Correct me if I’m wrong but aren’t entrepreneurs suppose to go against the norm and challenge the status quo? I simply stayed around because of the cool conferences that made me feel good but weren’t helping my finances. Was I an Independent Campaign Licensee, yes. Were all FIVE of the founding members of GraySquare Independent Campaign Licensees or Independent Business Owners, yes. No, we weren’t going out of business. We just saw something was broken.
Once I found there were others like me that WERE SUCCESSFUL in the same industry and still asked the same questions we took action. We combined all of our resources and started something special…GraySquare! It was with the intention of attracting sharp, motivated people that through their own drive and ambition can get to the next level in life. Giving them the tools, coaching, and FAIR compensation to not just to open a new business but THRIVE! Transparency develops trust, trust increases collaborations, collaborations create new and better ways of doing things…its called innovation. If your company isn’t innovating it is slowly dying.
Now, I’m not saying I didn’t gain valuable lessons from my other company and mentors. I learned a ton! Just understand this, there is nothing wrong with asking “why?” If you don’t get an answer and your question gets swept to the side that’s a problem. Also, understand this, if you have 15 representatives actively acquiring new customers for your client and you aren’t clearing at least $150K annually AFTER expenses PLEASE EMAIL me. You weren’t the only one. You are doing most of the work, why aren’t you getting most of the money?
I recall someone saying to me “you are just doing what they did, just a watered down version.” No, that is incorrect. We are innovating. Apple came from the idea Microsoft. Lyft came from the idea of Uber. Amazon came from the idea of FedEx, and Netflix. Who is the true entrepreneur based on these two these statement…no offense